In June 23, 1972 Zinedine Yazid Zidane was born in Marseille, France, to Algerian parents. Zinedine Zidane's professional debut took place in 1989, for the French team Cannes when Zidane was 18 years old. Zidane remained 3 years at Cannes, and in 1992 moved on the the French team of Bordeaux. After Bordeaux, Zidane got signed by the Italian giants Juventus, where he played 151 games in a span of 5 years and scored 24 goals. In 1998, Zidane participated in his first World Cup, which was hosted by his home country France. Scoring two goals against Brazil in the final, Zidane became a hero to the French, since he helped them win their first (and until today the only) World Cup for France. Two years later, in the Euro 2000, Zidane also led his team into winning the competition. France became the second team, after West Germany, to win both the World Cup and the Euro consecutively. In 2001, Zidane was transferred to Real Madrid by a staggering fee of 77 million euros (at the time the most expensive transfer in history.) In Real Madrid, Zidane played a total of 155 games in five years, and scored about 37 goals. In 2006 Zidane won the Golden Ball Award for best player in the world. In the summer of that year, Zidane played his last games as a professional player in the 2006 World Cup in Germany. After qualifying for the final, Zidane's career had an abrup ending when he recieved a red card in the 110th minute of the final against Italy for headbutting Marco Materazzi in the chest. Throughout his career, Zidane scored a total of 126 goals in 614 games. 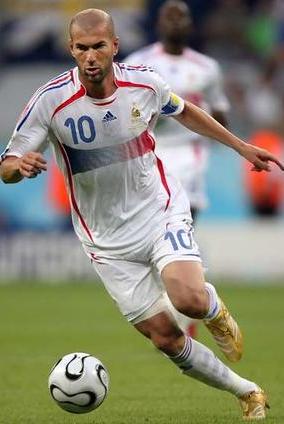 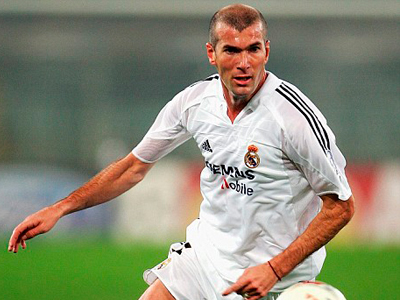 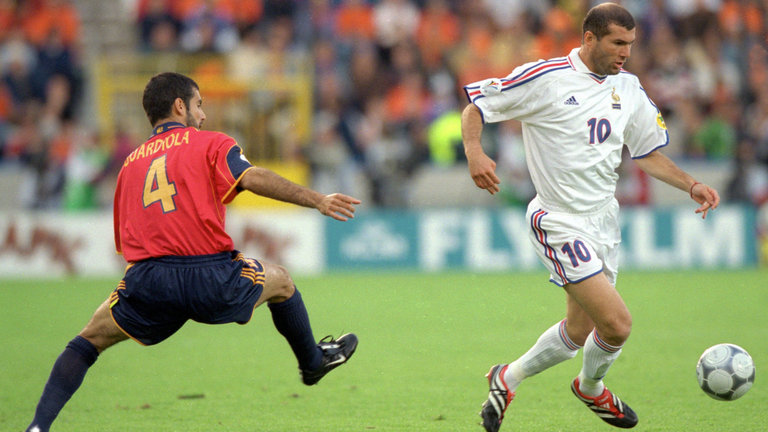